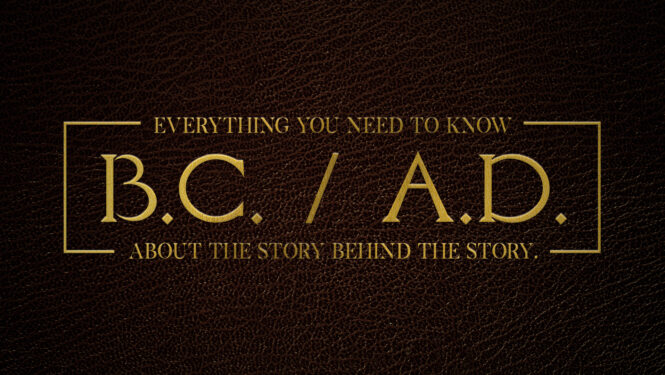 What is the Bible? Why does it matter, or should it matter? And what does that mean for me today?

We all love a good story. But the greatest stories of all don’t just tell a single story; they weave multiple narratives and storylines throughout the overarching grand storyline.

Great stories are complex, and at the same time simple. What’s true of our favorite stories, movies, and books is true of the story of Scripture.

Humanity’s first story is the story of the God who made us, knows us, and loves us even after we chose rebellion against Him.

With a tree we chose a rebellion, and with a tree He purchased our forgiveness. Before we ever sinned God had a plan to bring us back, because the One who knows us most loves us best.

The story of the flood is a classic Bible story that many of us have heard over and over since childhood. But what if we were told an incorrect version of the story? What if Noah wasn’t the blameless person that Sunday School teachers made him out to be? What if Noah was just like us?

At Babel we find a God who lets humanity choose our own way. Even when we don’t choose the God who made us, God pursues us and is working behind the scenes of our mess to write the greatest story ever told.

The story of the Exodus, of the Passover, is the story of a people that chose their own way, had been enslaved in a foreign land, and left hopeless. It’s the story of a God who rescues His people, at any cost, even the price of His own life. The story of a sacrificial lamb and freedom. It’s our story.

Jesus made it clear throughout his ministry that what God had done in the past, the old covenant, has no compatibility with what God was launching, the new covenant.

So what do we, New Testament followers of Jesus, do with what came before? What do we do with the Old Testament, the stories, prophecies, and more specifically the law that God gave to Moses?

The existence of God gives us hope. When the people of the Kingdom of Judah faced exile in Babylon, God promised them a reason to hope on the other side of their suffering.

Have you ever been disappointed with God? Have your feelings, your circumstances, your experience of God ever contradicted what you knew, or thought you knew, about God?

The Jewish people found themselves in that very place. It was in the midst of that hopelessness that God sent Jesus, His final word to a world wrestling with feelings that undermine faith and circumstances that turn convictions into questions.

Jesus’ arrival in the world forever changed the world. He has been the dominant figure in history for 20 centuries. Three years of His teaching and preaching has done more to transform mankind than all the philosophers, teachers, and rulers combined. He has impacted art, music, literature. There is no corner of our world today that you cannot look upon and see the influence of the carpenter from Nazareth.

How could one man from so long ago, residing in an obscure corner of the globe, have impacted the world so greatly?

Once upon a time, the birth of a baby changed the world. The birth of Jesus marked the turning point in the most epic story ever told.

But the birth of Jesus, His life, death, and resurrection is only the midpoint of the story. The message of Jesus, the Apostles, and the Church is that the best is yet to come.