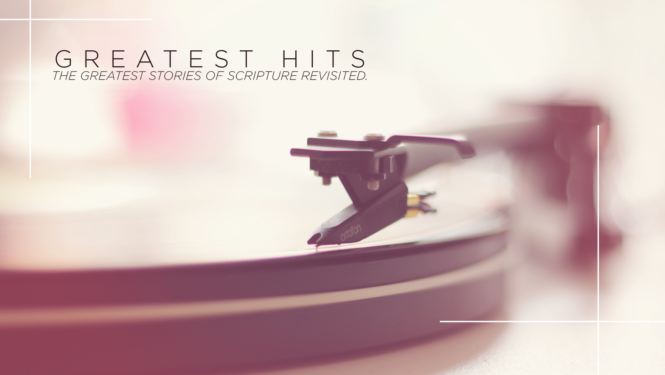 The stories we love best are the ones we relate to the most. The reason? Our favorite stories are our own. The story of Abraham is the story of whom scripture refers to as, "The Father of Faith". His faith paved the way for those would come after him. His faith was so strong, he bet it all on God, and in the end he and the world was better off because of it. Though his story is epic, if we listen long enough, and lean in close enough we just might find our own story in Abraham's.

David and Goliath is one of the most known stories in all of scripture. It has become so well known that it has actually become a secular metaphor you often hear in sports, business, and life in general. However, it is still often misunderstood. What if one of the stories we have been told since childhood was actually told to us the wrong way, with the wrong point, and the wrong application?

To Hell With Them

The story of Jonah The Prophet and The Big Fish was a Sunday School favorite in our childhood years. However this story speaks very pointedly to all of us even into adulthood with themes, truths, and insights that we were not presented as children. Jonah was a prophet with a book in the bible that bears his name, but is he the man of God we thought he was? And the bigger question is, in the end is he a person we would want to be like?

The Treasure of Influence

The story of Esther is an incredible story of influence, courage, and faith. Esther had a huge responsibility to save the lives of her people, but she was merely the wife of the king. She was not allowed to come before him without being invited. Just like Esther, regardless of how we feel about our circumstances, we all have the ability to influence those around us. It is up to us in how we use it and what we use it for. Despite the consequences, Esther went before the king to save God’s people, and the king had mercy on her and granted her request. In this same way, God has extended grace and mercy toward us and sent His only Son to be a sacrifice for our sin, so that we may come boldly to Him.

There are moments in our lives when God calls us to be steady and patient; at others, He calls us to take a major life-changing step. After the death of Moses, God appointed Joshua as the new leader of the Israelites and told him to step in and take hold of the Promised Land. It was a major turning point in Joshua’s journey. Like Joshua, our own faith journeys are full of formative moments. In these moments we have a choice between faith and fear. Even though Joshua could not choose his circumstances, he could choose his responses to them. Joshua’s step of faith not only changed the circumstances for the Israelites, but it changed the circumstances for all generations to come.

We love to think of faith as some type of vaccine against evil and suffering, but that just isn't true. Faith offers no exemptions from difficulties. Faith does however offer perspective and hope for those going through even the most trying of times. The story three Hebrew teenagers whose convictions and faith came under fire teaches us much about a faith that can weather the painful of experiences.

The Greatest Hit of All