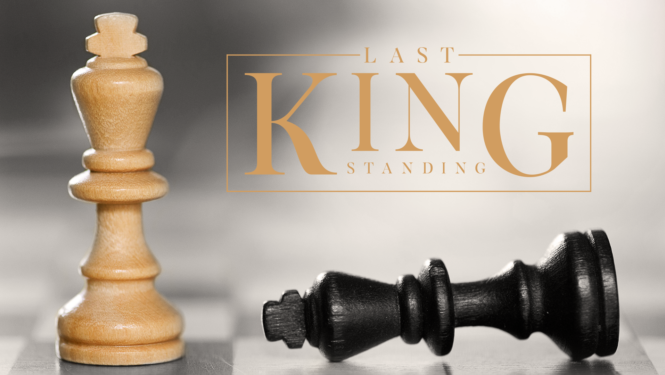 Christmas is a great story. A pregnant teenager, a reluctant fiance, an angelic visitation, and other aspects make it entertaining. But the most wonderful part is the fact that Christmas is not just a story. It is anchored in history and it has been playing out in the palaces of kings who shaped the stories of history and the story of Christmas.

King Herod spent his life dedicated to one empire, one kingdom, one man: himself.

His worship of himself led him to build impregnable fortresses, assassinate rivals, massacre children, and kill his own family. He worked hard to secure his place in history and build his kingdom, a kingdom that now lies in ruins and rubble.

He worshipped himself, and in the end, he lost everything. He had a choice to be the king of his kingdom or welcome King Jesus and let His kingdom reign. We have the same choice, the same opportunity.

The story of Christmas was never meant to stand alone. It’s a small chapter in a story that had been playing out for thousands of years and a story that continues to this day. It began in a garden when our first parents, Adam and Eve, decided that life would be better spent if they ruled over it. That singular decision began a war that wages to this day for the throne over our lives, our allegiance, and our world.

Countless men and women have laid claim to the throne, but God promised that He would send a king, the hero that would right every wrong and establish God’s kingdom on Earth. God would repeat His promise throughout history through his messengers, the prophets. And though at times it looked like God had forgotten His promise, one day a baby came. That baby was the promised Savior who came to abolish the reign of sin and death. A baby who would grow up into a man who gave His life to establish a kingdom, and who will come again to sit upon the throne and reign over a world that will know now death, no sickness, and no evil. A baby that would be the King of Kings.