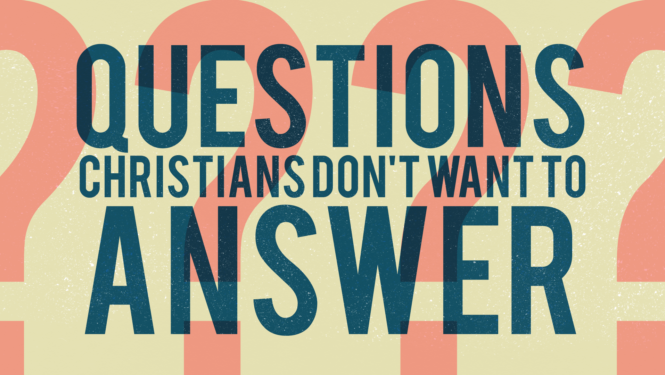 The Benefit of Doubt

We’ve all been told “no” at some point in our life. But what’s worse than being told “no,” is being told “no” with no explanation. It’s happened to all of us. In fact, we’ve been told all kinds of things our entire lives without being offered explanations for them from our parents, teachers, bosses, and even the church. People we know and love taught us what to believe, often without giving a good reason as to why we should believe it. This has resulted in a borrowed faith and coached convictions. When we grew up it resulted in doubts and questions.

The religious system wasn’t very welcoming for most of our questions. If you had the bravery to ask you may have heard, “because the Bible says so,” or “it’s just what we believe, and we don’t question it.” We were met with passionate stories, childish answers, and dire warnings against the dangers of doubt. The system told us to “have faith” and press on, even when the answers don’t make sense, aren’t there, and the facts seem against you. But faith isn’t the presence of blind certainty or the absence of doubt. Our doubts, when we are brave enough to ask the questions and driven enough to chase the truth, are not to be doubted.

There are a lot of different reasons why people believe the things that they do. Some of us adopt our beliefs because they are the beliefs of our culture, our family, and our time. Others may choose to base their beliefs upon what makes them feel good, or what best suits their preferences, or upon a “holy book” or religious teacher. Whatever the founding reasons may be, something is only worth believing if it is rational, supported by evidence, and if it best explains all the data.

With that in mind this week, we take a look at one of the greatest questions that humanity faces. Does God exist? And if you say He does, why do you choose to believe that?

There’s one question about God that elicits the most emotion, but has no emotionally satisfying answer. If God is good, why is there so much pain and suffering in the world? If God were all-powerful, He could eliminate suffering. If God were loving, He would eliminate pain. So is He unable or unwilling?

It’s loved by some, hated by others. It’s frustrating because of its occasional lack of clarity, and yet at the same time infuriating because of the things it gives clarity to. It has been used to justify the greatest good from some, and the cruelest of evil from others. It is a reason for faith, and a reason for disbelief. The Bible has impacted so many in vastly different ways, and in today’s world, few things stir up more controversy, strong feelings, and violent reactions.

In this culture there is a growing number of people who consider the Bible a dangerous, irrelevant, immoral book. The question of our day is this: Why should anyone take the Bible seriously?

The question is: How do you explain the difference between the God of the Old Testament and the Jesus of the New Testament?

Why does God seem angry, violent, nationalistic, and war hungry in the Old Testament, yet Jesus seems to be all about loving your enemies, blessing those that curse you, and turning the other cheek? Why are they so different?

Throughout this series, we have been taking a look at questions Christians don't want to answer. We've talked about faith and science, the Old Testament, and asked how a good God can exist when the world is filled with pain and suffering. In the seventh and final installment of the series Pastor Trevor answered some of the questions you've been asking that Christians don't want to answer.