Reeds and Wicks: A Christmas Series 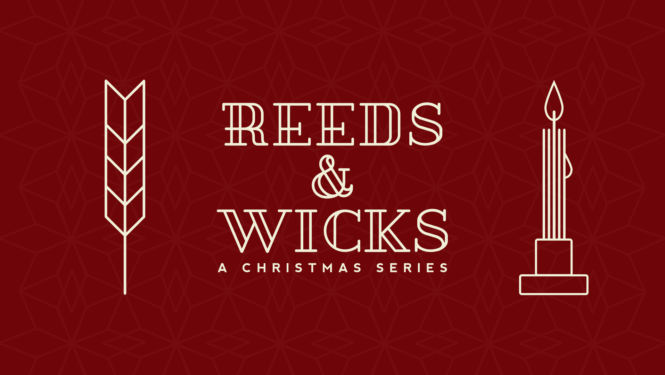 It is ironic that Christmas is known as  a religious holiday when in reality the first Christmas marked the beginning of a brand new non-religion. The followers of Jesus functioned without a temple, a priesthood, or animal sacrifices. Jesus didn't sound, look, or act like any religious leader of his day. This is why many loved him and others hated him. If anyone understood that Christmas ushered something other than religion into the world it was Matthew. He tells the Christmas story through the lens of his own story as a tax collector, one of the ones who were left out and left behind by religion. Matthew was told he was unloveable, unforgivable, and irredeemable until He met Jesus.

Family trees can be interesting. They are not only filled with people but stories of those people, some good and some bad. Matthew, a former tax collector and thus an outcast from religious society, wanted to tell the story of Jesus and how he had challenged and changed his misperceptions and misconceptions of God. Matthew knew that the story of Jesus begins with Christmas. Not only that, but in Matthew's version, the Christmas story begins not with the virgin birth but with the genealogy of Jesus. In other words, he started with Jesus’  family tree. He lists four grandmothers of Jesus whose stories are shocking, telling, and necessary to the story Matthew wanted to tell.

Family trees  filled with not just people but the stories of those people. Some are good, some are bad. Matthew, a former tax collector and thus an outcast from religious society, told a version of the Christmas story that begins not with the virgin birth but with the genealogy of Jesus. The grandfathers of Jesus he lists had shocking stories, but stories that were telling and necessary to introduce us to the Jesus he knew: a Jesus that came FROM sinners and FOR sinners.