The End Of The World

As We Know It 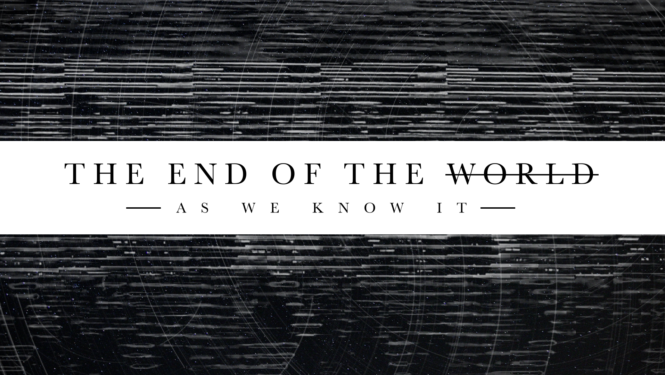 As followers of Jesus we should want to know what Jesus taught about the end of the world. However, too often we get bogged down in the parts concerning the details about the end and miss the point. Jesus is interested in how the end of the world affects our present lives as much as he is in explaining current events and how they relate to the end. We often care about what God will do in the end. He cares more about what we will do up until the end.

Jesus thought our belief about the future should inform the way we behave in the present. He explained what events would lead up to the end of the world, but he also emphasized that our beliefs about the future should have practical influence on how we live today. When Jesus predicted the destruction of the temple in Matthew 24, his disciples asked him when the end would take place and what signs to expect to herald His coming and the end of the age. At first, Jesus’ answer seems to be a troubling picture of the future. On further review, what Jesus says is a healthy and helpful reminder for followers of Jesus that we should stay focused on today.

Jesus believed that the future was a powerful factor in how we live out our lives in the present. When our perspective is fed by our faith, the future offers us an incentive to live to the fullest today. Jesus was executed a few days after he finished his explanation to his disciples about the end of the world. Jesus was taken down from the cross, he was buried, and three days later he was raised from the dead. This forever changed the perspective of Jesus’ disciples who were eyewitnesses of his resurrection. Jesus’ disciples lost the fear of death and consequently gained a unique hopefulness for the future. They knew what the future would hold but they were fearless despite it, and they were hopeful for what they knew would ultimately come.