The God Who Doesn't Exist 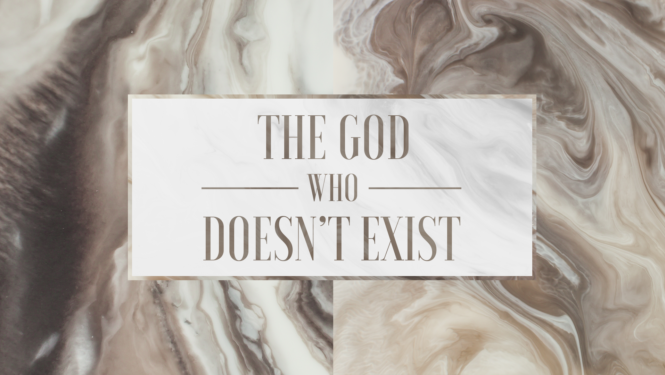 Life is full of unanswered questions and unwanted circumstances. We don't like it, but it is. It also seems like everywhere we look, the world is full of what we would call unfair pain. None of us want pain. We don't like pain. Pain can call into question everything we believe about God. No wonder we love the idea of God who protects us from pain. We love the idea that if we do good, God will do good to us. What if that isn't true at all? What if beyond life not being fair, God was also not fair? What would that mean? Perhaps there something better than God being fair?

Why is it easy to believe that God would withhold something good from us? We may not ask the question much, but we often live as though that is what we believe. Although God sometimes gets a bad rap, He is a God that isn't opposed to pleasure, entertainment, and fun. God never attempts to keep us from something good. He is actually trying to take us in the direction of something far better that he has for us.

Sometimes we opt for a version of God that is more respectable than radical. It is easier to hold to a tamed and predictable version of God than a wild and mysterious one. So we dumb down God. We put him in a box. We make him boring. We see him smaller than He is. It is easy for us to drift toward believing in a God who leaves us unaffected emotionally, unimpressed intellectually, and unchanged spiritually. However, when we read the pages of scripture we are presented with a version of God that is anything but domesticated.

It starts early in life and often sticks with us for the rest of our life. It is a belief in a version of God that sees him as the cosmic accountant, always keeping track of how we are doing—how much we are doing wrong, how much we are getting right. Somewhere along the way, people began to think that what we do is more important to God than who we are. Scorekeeper God frustrates and fatigues. It leaves us believing we may not be cut out for faith. However, Jesus introduced us to a God who doesn't keep score, a God of unconditional love and grace.