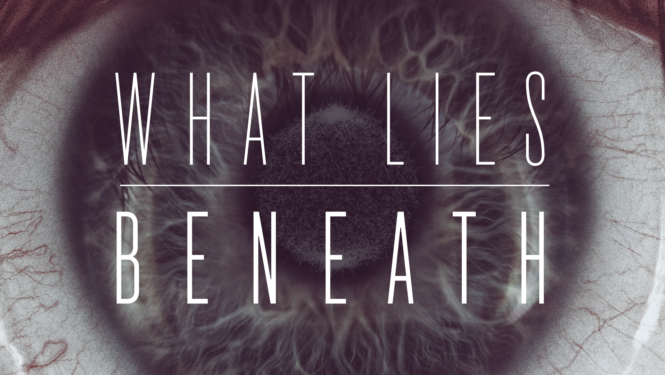 The message of Jesus and His followers became known as the good news. It was a message that said, “God isn’t angry with you, God loves you. God isn’t against you, He is for you.” Another reason it became known as the good news is the fact that Jesus gave an invitation for people to believe not just behave. Jesus promised those who would believe both an eternal life and a better life. It seems like for many of us, we heard a lot of talk when we were growing up about eternal life but not much about the better life.

There are two questions we must get right if we are going to live the better life Jesus promised: Who is Jesus? Who am I?

Just A Thought Away

Jesus promised a better life, but so many feel they have a lesser life instead. Many feel as though life change is impossible. They have tried it and failed many times. However the New Testament says that life change is possible and even inevitable if we simply adjust our thinking. What if changing your life was as easy as changing your thinking? In fact, it is exactly that easy.

Feelings are powerful and persuasive. When it comes to feelings, either we control them or they control us. We were never intended to follow our feelings, yet so many seem enslaved by them.  If it is true that we can control our thinking and how we feel, that makes us responsible for how we feel. What happens when our feelings go one way and following Jesus demands we go another? We must make a choice in that moment: follow Jesus or follow our feelings. Only one of those will lead us toward a better life.

When it comes to fear, it’s okay to have fear, but it isn’t okay for fear to have you. God is for you. God is with you. God has you

Job is possibly the oldest book in our Bible, but it reads like the most modern and maybe even the most honest book. The opening of the book of Job poses the question, “how can a loving God allow suffering?” It is an age-old question but it is a current question, as well. The idea of a Good God that allows bad things to happen is what some would even call a theological kryptonite. In the book of Job, the issue of when bad things happen to good people reaches a new level. In this book, the very worst things happen to the very best person. Job’s story shows us the ugly truth that life is painful, life is unfair, and at times God disappoints us.

The worst part of traveling is dealing with baggage. For many, the worst part of living is dealing with the baggage that we carry around from our pasts. Too many people carry around with them a sense of guilt and shame about something that’s in their rearview mirror. This guilt and shame can be crippling. What if we can begin to trust God with our past as well as our future? What if we can get rid of the baggage that we carry around? We could then experience more of the better life that Jesus promised.

Someone once defined insecurity as the space between who I am, who I want to be, and who others want me to be. It is a feeling that arises from feeling as though you don’t measure up. Insecurity makes you feel like it is you against the world, when really it is just you against yourself. When you struggle with self-doubt, you end up being easily swayed, subject to fear, and anxious. The stories we hear of failures — relationships ended, careers swiftly over, etc. — are often blamed on something outside ourselves. Those are often really caused by something within ourselves, a subtle struggle with insecurity we aren’t even aware of. Insecurity can ruin lives. It has before, it will again. Don’t let it destroy yours.